Seeing blood coming out of our body can be frightening, particularly when it happens in areas like the colon, rectum or anus, which are parts of our digestive tract. It may signal abnormalities or illnesses inside our body. However, surprisingly blood passing through the bowel movement seldom signifies serious ailments, unless it occurs regularly and excessively. In fact, only one-third of people experiencing this seek medical help and normally self-medicate.

Hematochezia, which is commonly known as rectal bleeding, is the presence of blood, usually during bowel movements and may appear within the stool or as blood clots. The color may vary from bright red, maroon, black or dark in shade, which usually indicates where the bleeding originates. Blood that is bright red generally starts in the lower colon or rectum, which are near the anus. When the bleeding is located in the farther part like the small intestines, the blood will appear deep red or maroon while tar-like (melena) specifies bleeding from the stomach like ulcers, or in the duodenum.

The occurrence of rectal bleeding may not usually be serious in most cases, although it is best to learn what causes bloody stool and have adequate knowledge on how to treat and prevent its severity.

Here is the list of medical conditions that leads to rectal bleeding:

Millions of people are affected by hemorrhoids, and its treatment typically begins with changing the patients’ health habit, food consumption, work activity or lifestyle that can be causing too much strain physically. Surgical options are also available depending on their severity.

This is another common cause of rectal bleeding that occurs when there is lesions or vascular malformations in the gut. It is often asymptomatic and may only manifest during late-stages of sickness such as renal diseases and von Willebrand disease (VWD). Angiodysplasia is often accompanied by subtle internal bleeding which leads to passing of black, tarry stool (melena) and severe anemia. Diagnosis is done through endoscopy and treated through surgery and blood transfusion. This is a condition happens when benign pouches or sac called diverticula(singular diverticulum) form and developed in the walls of the large intestine, typically in the sigmoid colon. Diverticulosis is described as an idiopathic disease, and can only be diagnosed through examinations such as colonoscopy or sigmoidoscopy. An estimated 80 out of 100 patients, usually adults and elderly people with this condition don’t discover they have it unless they undergo thorough testing and screening. People with diverticulosis are at risk of infection and inflammation of the diverticula or the pouches that leads to a severe case of diverticulitis. Symptoms of acute to chronic diverticulitis vary from bright red rectal bleeding, abdominal pain that can last for hours to days, up to fever with nausea and vomiting. Diverticular diseases are treated with fiber-rich food, medicines, antibiotics, and a liquid diet.

In some conditions, rectal bleeding may be a sign of clumping of cells in the intestines and forms into polyps. These abnormal growths that are seen as mushroom-like masses in the intestinal lining may enlarge and cause bleeding or in severe cases progress to colorectal cancer. Anyone is at risk of developing colon polyps, but adults over 50 years old, smoker, overweight or have a history of polyps and cancer are more vulnerable to having this condition.

There are generally two kinds of polyps that can develop inside the large intestine – non-neoplastic and neoplastic. Non-neoplastic polyps are typically benign growth and very rarely to develop into cancer. Subtypes include hamartomatous polyps, hyperplastic polyps, and inflammatory polyps. Neoplastic gastric polyps include adenomas that are usually benign but at a higher threat of becoming cancer in later stages.

Colon polyps typically don’t manifest any symptoms in early phases, but some patients may experience stool with red to maroon streaks of blood, unexplained changes in bowel movements (diarrhea or constipation) lasting for weeks, abdominal pains or cramps, and iron deficiency anemia due to lengthy bleeding of gastric polyps.

Treatment and prevention of the severity of colon polyps must be considered particularly to people who are at high risk or have a medical history of cancer in the family. Medical procedures may include surgery, chemotherapy and radiation therapy. Since the early stages of colorectal cancer have no symptoms, regular check-ups and examinations are essential to lessen its threat. Rectal bleeding in some cases may be caused by diseases and internal hemorrhage which arises in the upper gastrointestinal tract that comprises the esophagus, stomach, and duodenum. Blood may appear through vomiting (hematemesis) or passing of stool with dark black and strong foul odor due to the presence of hemoglobin mixed with gastric enzymes. Ailments in the upper GI tract such as ulcers, lesions, gastric erosions, and cancers may lead to excessive bleeding and pain in the affected area. Upper GI tract bleeding is a medical emergency and must be dealt with professional care and remediation.

The initial diagnosis of upper GI tract bleeding happens through endoscopy and followed by oral medications like aspirin or blood-thinning drugs. Severe cases need blood transfusions and surgical procedures to stop too much blood loss.

These are only some of the common causes of rectal bleeding, other reasons behind bloody stools can only range from several ailments within the body and should always be seen as a medical condition that needs proper care and treatment. It is best to approach these uncommon physical occurrence and illnesses with seriousness to avoid more damage and health risks. 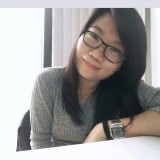